The flag of Ukraine will appear on all Tickford Racing cars

All of Tickford Racing’s cars at this weekend’s Beaurepaires Sydney SuperNight will carry the Ukrainian flag to recognize the current crisis in the war-torn nation.

Stickers with the text “We Stand With Ukraine” will adorn the five cars of the Repco Supercars championship and the Dunlop Super2 series.

It comes as Ukraine finds itself in the midst of all-out war after being invaded by Russia late last month.

For Tickford Racing newcomer Jake Kostecki, the addition of the flag has special meaning to him given his family heritage.

“I was born in Australia but my grandparents were born in Ukraine and since I was little I went to a Ukrainian school after my regular school,” Kostecki said.

“Growing up, I knew a lot of Ukrainians and our family business, Alloy Steel International, also employs a number of them, and with what’s going on in Ukraine right now, it’s a pretty sad time.

“You just have to feel for everyone there and Ukrainians everywhere, it’s really hard to see. For Tickford Racing to put the Ukrainian flag on all our cars, it’s pretty cool to see that show of support.

“Obviously it’s quite difficult for us to make a huge difference to where we are, but it shows that we are thinking of everyone there in these difficult times.” 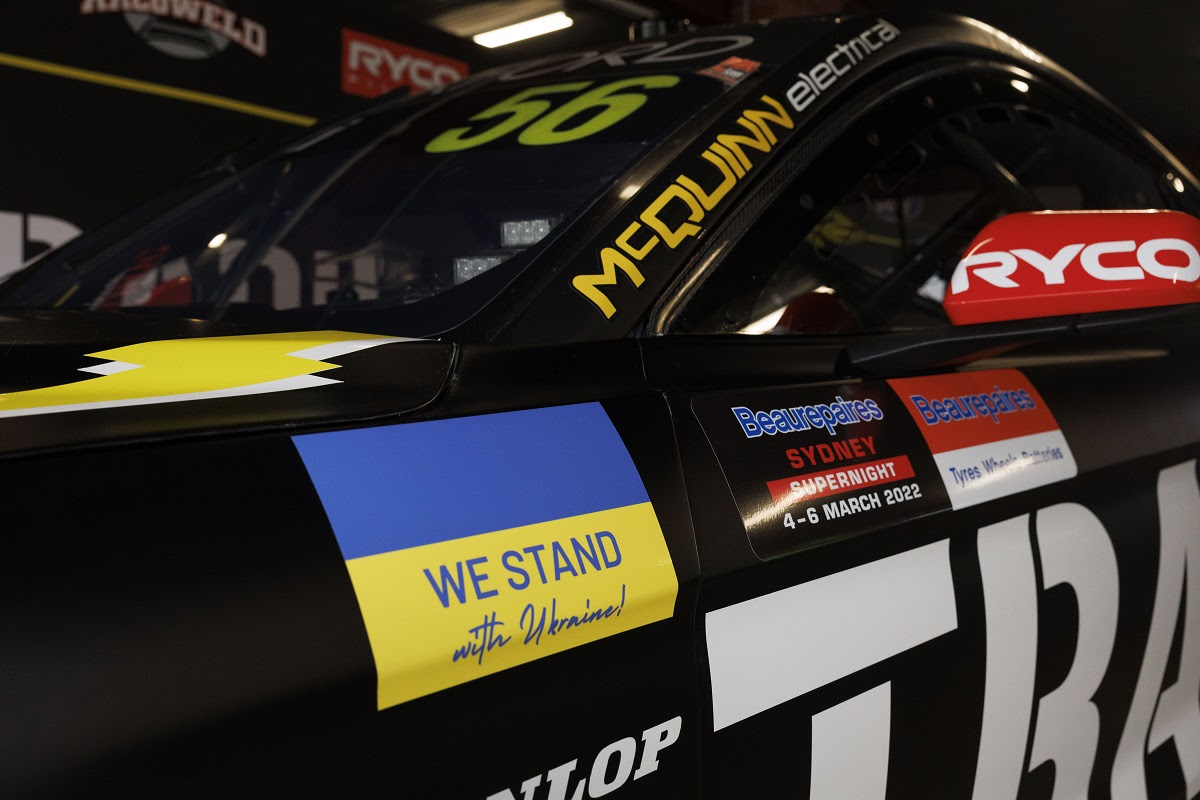 The flag is located under the A-pillar

The unprovoked attack led to the imposition of sanctions on Russia, with ramifications extending to motorsport.

In Formula 1, chemical producer Uralkali was dropped by Haas from its cars on the final day of the pre-season shakedown.

Since then, there have been doubts about Nikita Mazepin’s ability to race this year due to sanctions from various governing bodies.

Overall, Russian athletes find themselves at the mercy of sanctions from sports bodies, which have banned them from competing.

The fallout also led to the termination of the Formula 1 Russian Grand Prix contract.

Airspeeder wanted to offer a foretaste of future competitions to be held with its “flying racing cars”. As we have seen in the past, these are specific eVTOLs, that is to say, electric airplanes with vertical take-off and landing, specially developed. by Alauda Aeronautics . This series, which aims to accelerate the development of eVTOL […]

Motorsport engineer Gian Paolo Dallara decided to quit Lamborghini in 1968, frustrated that Ferruccio had refused his suggestion to race. The reasoning was pretty straightforward: Ferruccio would first have to prove that his road cars were better than Enzo’s, and then the manufacturer would put some of his small budget into motor racing. Fast forward […]