Here is a list of electric vehicles that are expected to launch in India next year. 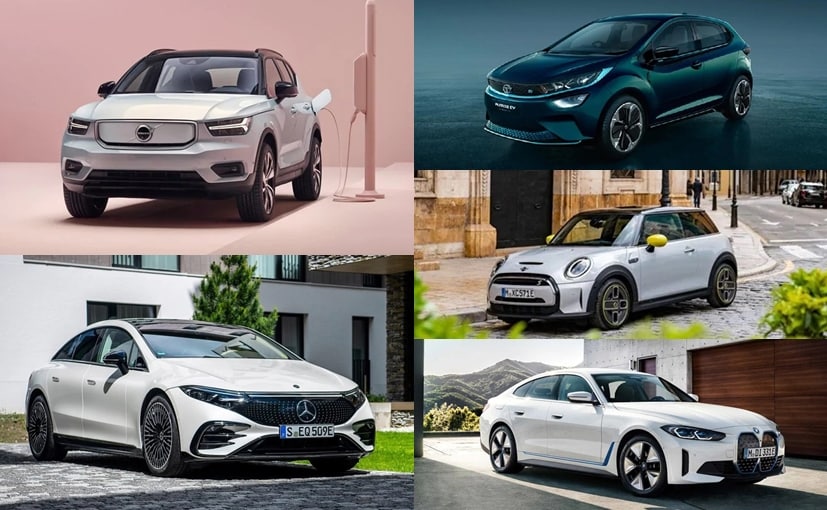 The year 2021 has posed many challenges for the Indian automotive industry. Challenging situations such as the second wave of COVID-19 and the shortage of semiconductor chips drove the automotive industry through turbulent times. Still, we’ve seen plenty of car launches this year, including EVs like the Tata Tigor EV, Audi e-Tron, BMW iX, and more. Action in the EV segment will also continue next year. On that note, we take a look at the electric vehicles that will go on sale in the country next year. 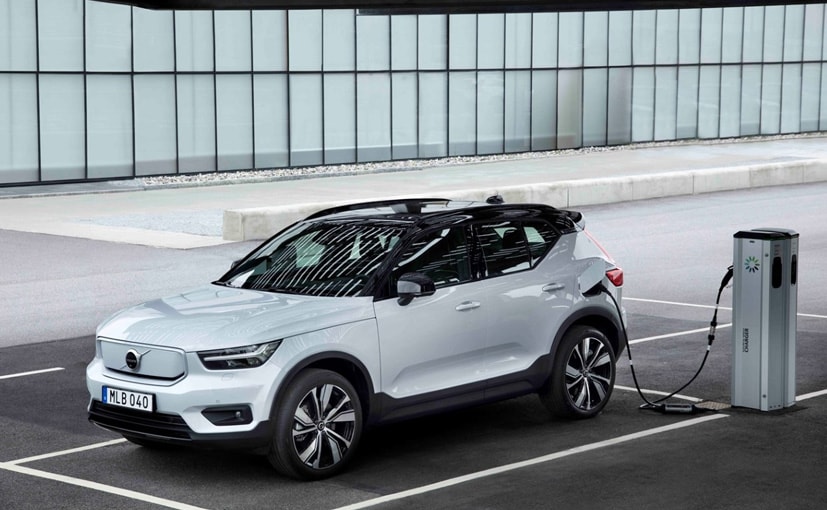 Volvo XC40 Recharge to arrive in India as a CBU unit

The all-electric Volvo XC40 Recharge was unveiled in India earlier this year and deliveries are expected to start by October. But the Swedish automaker’s plan to launch its first all-electric offering has been delayed and it will now go on sale in the first quarter of 2022. The electric SUV will arrive in India as a fully-built unit (CBU). It comes with a twin engine powertrain with 150 kW electric motors on each axle which converts into 402 hp and 660 Nm of maximum torque. The electric motors are powered by a 78 kWh battery which provides an approximate range of 418 km. It can reach 0 to 100 km / h in 4.9 seconds.

Tata Motors is betting big on electric vehicles in India. After showcasing the Tigor EV, the local automaker will add the Altroz ​​EV to its electric lineup next year. First shown at the 2019 Geneva Motor Show, the electric version of the Altroz ​​hatchback will be built on the all-new Agile Light Advanced (ALFA) platform. It will also use the brand’s new Ziptron technology, and we can expect a range of over 250 km on a single charge. 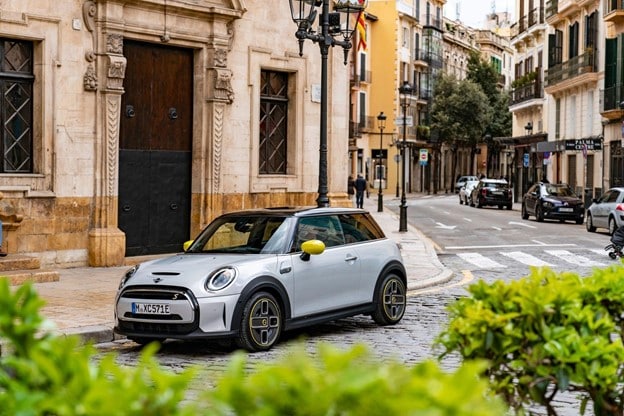 MINI India is expected to launch its first fully electric car, the Cooper SE, in the coming weeks. The electric tailgate will arrive in India as a fully built unit. The EV was listed on the India website with the tag coming soon. It should use a single electric motor that develops 181 hp and 270 Nm of maximum torque. The motor powers the front wheels and is powered by a 32.6 kWh lithium-ion battery. The EV promises a range of 235 to 270 km (WLTP cycle) on a single charge. 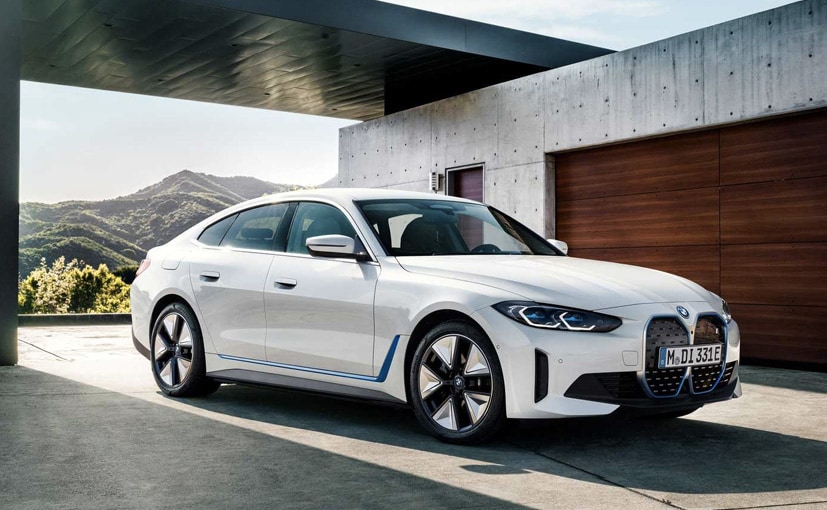 BMW India recently joined the electric vehicle race with the launch of its first all-electric SUV, the BMW iX. The Bavarian automaker is preparing to expand its electric range by introducing the new i4. It is essentially an electric version of the 4 Series Gran Coupé. The electric sedan debuted earlier this year. It comes in two variants: eDrive40 and the sportier M50 sedan. While the former develops 330 hp and 430 Nm of maximum torque, the latter is good at 529 hp. 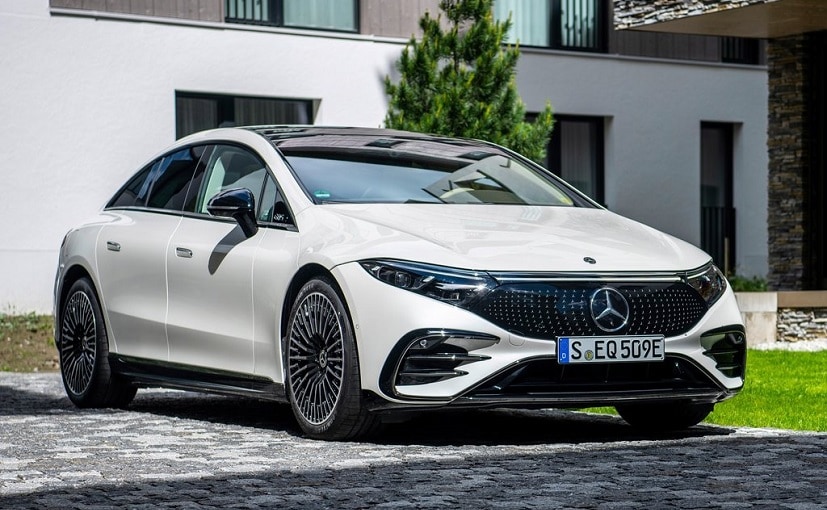 The Mercedes-Benz EQS, which debuted in April 2021, is listed on the company’s Indian website.

It was in April 2021 that the Mercedes-Benz EQS made its world debut. The company’s flagship electric model has been listed on the official website. It is expected to be launched in India by next year. It will be the Stuttgart-based luxury automaker’s second all-electric model, after the EQC electric SUV which was introduced in 2020. The electric sedan comes with a 107.8 kWh Lithium-Ion battery, promising WLTP-certified range. of 770 km on a full charge. However, the automaker did not provide detailed range options by variant. The EQS can be charged 10-80% in 35 minutes using a 110kW DC fast charge, while a 240-volt home wall charger will take 11 hours for the same run time.

An article written by the Institute of Race Relations‘s (TRI) John Kane-Berman sparked debate, with many in the community commenting on his point of view. The subject? Electric vehicles in South Africa. From an environmental perspective, a lot of people think electric cars are the way to go and you can see why. Emission-free, they […]

One of the Fresno County Rural Transportation Agency buses, this one from Huron / Coalinga, arrives in downtown Fresno on October 28, 2021. JEAN WALKER [email protected] Good afternoon. This week in Fresnoland, Cassandra wrote about Clovis City Council refusing a new 40-unit apartment complex in Old Town, and Danielle wrote about how Fresno County taxpayers […]