It is not uncommon to come across cars with Ugandan license plates on Kenyan roads, with some cars being high end machines.

In the border towns of western Kenya, the plates registered in Uganda almost match Kenyan vehicles.

Over the years, many Kenyan car owners have imported cars via Uganda, which many believe is a cheaper option than shipping them to Kenya.

This has left Kenyan car dealerships crying out over the influx of cheaper vehicles, either diverted from cargo bound for Uganda or rerouted once cleared into the landlocked country.

A car with Ugandan license plates

Many of those who import cars via Uganda and sometimes South Sudan avoid paying high taxes set by KRA which are sometimes as expensive as the price of the car.

Uganda has a 15-year limit for importing used cars, which means that you can import vehicles that have depreciated in value and are more affordable.

On the other hand, Kenya only allows the import of cars that are 6 years old or younger, which means they are more expensive.

According to KRA, by importing a new Toyota Vitz manufactured in 2014, it would be necessary to part with Ksh 266,813 in taxes.

Importing the same vehicle into Uganda would only cost you Ksh 46,522 in taxes.

Kenyans who import their vehicles through the neighboring country are forced to use Ugandan license plates, as registering in Kenya would mean importing it again.

To use Ugandan license plates in Kenya, one must apply for a special temporary permit through KRA. The permit is only available for vehicles coming from te bloc of the Common Market for Eastern and Southern Africa (Comesa).

The permit indicates the reason for the use and the duration of the use. Owners must apply for renewal when the special pass expires.

Since the traffic police are also aware of the program, drivers with Ugandan license plates may be subject to an inspection to determine the legal status of cars in the country.

Foreign vehicle operators whose vehicles do not meet the requirements are forced to re-export their vehicles with immediate effect. Authorities are also allowed to seize vehicles. 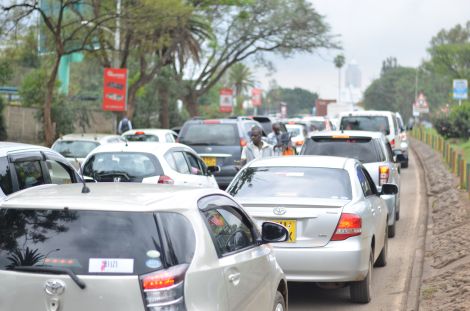 For many power-obsessed tuners, 1000hp is the ultimate goal. Going from three digits to four is not only impressive, but signifies levels of performance that most sports car owners could only dream of. However, it usually won’t be cheap to get to this point. Yet, it is possible to achieve this magic number while not […]

Sports stars with cheap cars, like Chisora ​​and Hamilton’s Smart Engines and Hatton’s Robin Reliant from Only Fools – The Sun

THESE sports stars have made a lot of money over the years. But just like you and me, they love a cheap runner to get them from A to B. Dereck Chisora ​​recently showed off his Smart carCredit: BackGrid Dereck Chisora ​​was recently seen putting his imposing 19-stone frame on a Smart car. And just […]

15 crazy, cheap cars that are worth every dollar

Having a hobby is an important and healthy way for most people to spend their time (as long as it doesn’t harm others). Hobbies can keep people out of trouble and bad situations. After all, idle hands are the Devil’s toys, so to speak. However, one hobby can cause more stress than others, especially when […]