The Indian automotive market has received a further boost with the launch of the XUV 700, which has several features in common with Mercedes cars.

There was a huge buzz surrounding the Mahindra XUV 700 in the weeks leading up to its unveiling. And of course, the vehicle did not disappoint. With its price starting at ₹ 11.99 lakh, it is even lower than the XUV 500, which will apparently be replaced by the new model. This new car looks set to cause a huge disruption in the Indian market. Despite its relatively low price, it includes features that are generally not accessible in its price range. In fact, some of these features are found in Mercedes cars, which are two to three times more expensive than the Mahindra SUV. Here are some features of the XUV 700 found in Mercedes vehicles. 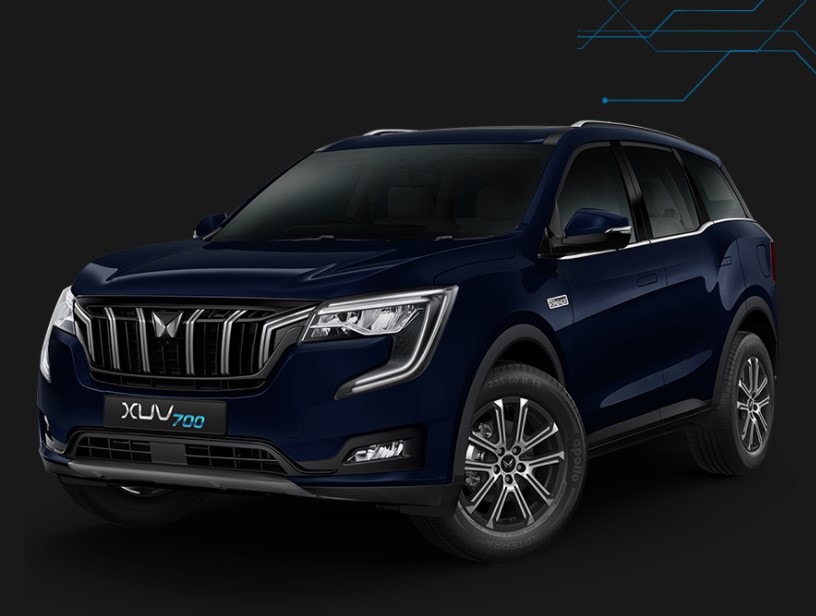 This is a feature that has never been seen before in this price segment. The panoramic sunroof on board the XUV 700 is truly drool-worthy. Mahindra calls it the Skyroof and it is only available from the AX5 variant. It opens to such an extent that it almost turns the car into a convertible. Panoramic sunroofs have always been the domain of high-end vehicles and several Mercedes cars are equipped with them. Take for example the C-Class available in India, which creates a true open-air vibe when the large area of ​​glass slides open.

One of the many unique safety features Mahindra has chosen to equip the XUV 700 is a driver drowsiness retention system. This is exactly what it sounds like. When the car notices that you are lowering your head, it immediately sends a warning for you to rest. This is similar to the Attention Assist function in Mercedes cars. It is an advanced system that constantly compares data relating to the driver’s driving style with past observations in order to detect any irregularities.

This is one of the most popular aspects of the XUV 700. ADAS includes a suite of features designed to make the operator’s job safe and easy. It includes adaptive cruise control, which automatically changes speed if a vehicle is in front of you. Autonomous emergency braking is also part of this system, in addition to lane keeping assistance. The XUV 700’s ADAS even includes frontal collision warning and electronic stability control. The high beam assist is a more useful feature for those in the opposite lane, which temporarily switches the headlights to low beam in the event of oncoming traffic. ADAS even includes traffic sign recognition, which is a pretty nifty feature to have. All of these traits are unheard of in this price class and were previously the domain of cars like the Mercedes.

Another feature that spread in the XUV 700 from high end cars like Mercedes is the electronic parking brake (EPB). It removes the need for the large lever that would previously allow you to apply the parking brake. An EPB is a tiny button that can be engaged with just one finger and you don’t even have to disengage it yourself. Simply step on the accelerator or clutch (in the case of manual cars) and your car will restart, provided your seat belt is on.

You can choose from four driving modes when driving your XUV 700. These include Zip, Zap, Zoom or Custom. Zip is intended for city driving, Zap is intended for highway driving, while Zoom is designed to extract maximum performance from your vehicle. Again, this is one more feature that was the realm of more expensive vehicles than this one. Mercedes cars also have these drive modes, although they have many more options than the XUV 700.

The incorporation of seven airbags adds to the many safety features of the XUV 700. The driver and passenger benefit from knee protection airbags in addition to the normal airbags, while all other passengers will be protected by curtain airbags. This is yet another feature that we are seeing more and more on Mercedes vehicles lately.

So what do you think of these amazing features offered by the XUV 700?

The Toyota Prius is not a bad car at all. It seats five, has excellent mpg, plenty of room inside, and is great value for money. However, as car enthusiasts we hate this thing because it is the ultimate sign of the anti-car person. A top-of-the-line model will set you back $ 32,820 which isn’t […]

Which state has the most luxury cars?

10 depreciated luxury cars that are actually cheap to maintain

Once upon a time, all of the following cars had an expensive sticker price, but due to depreciation these luxury cars are more affordable than ever. Usually, inexpensive luxury cars might seem like a good deal on the first visit, but when you start adding maintenance and repair costs to the bill, buying a brand […]